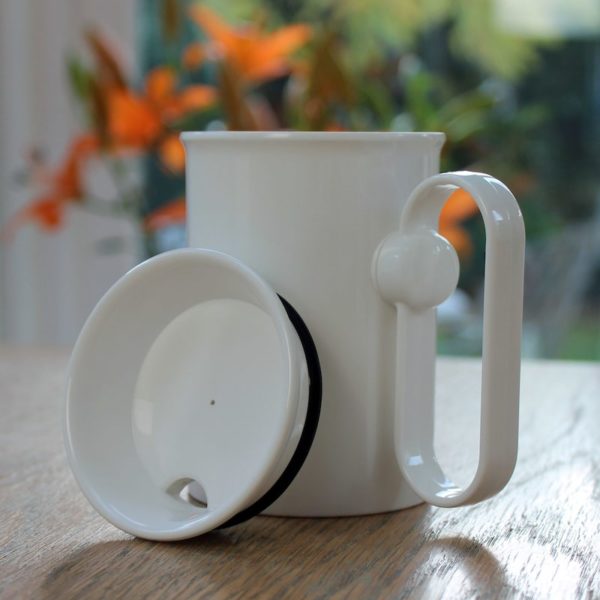 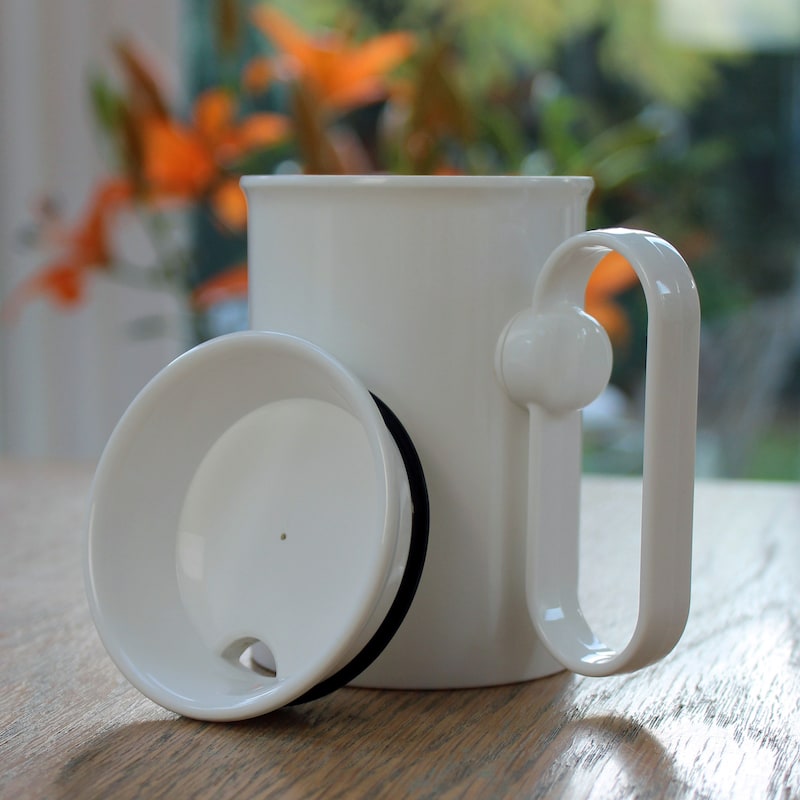 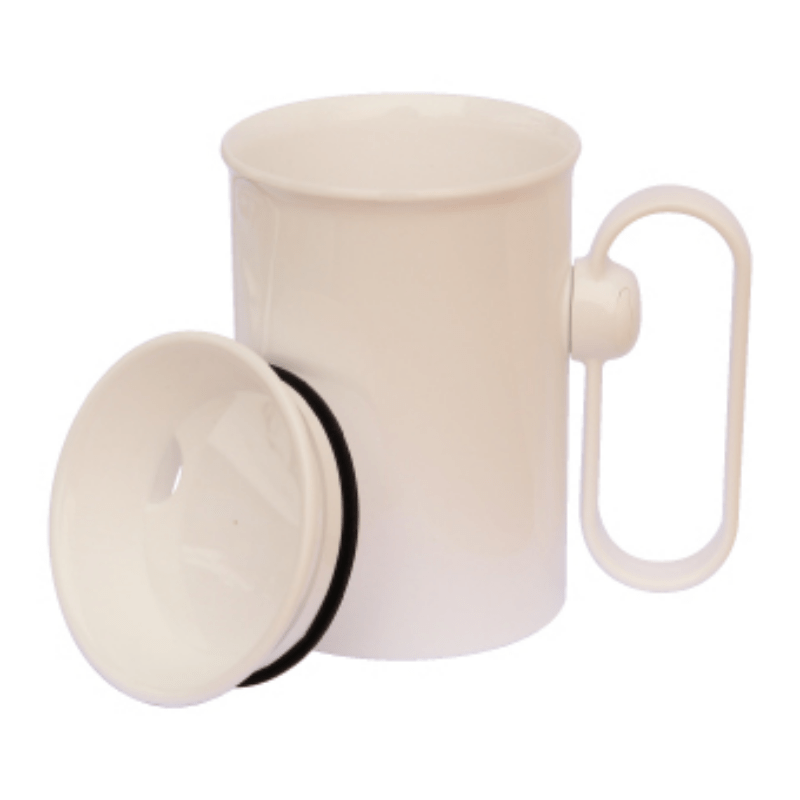 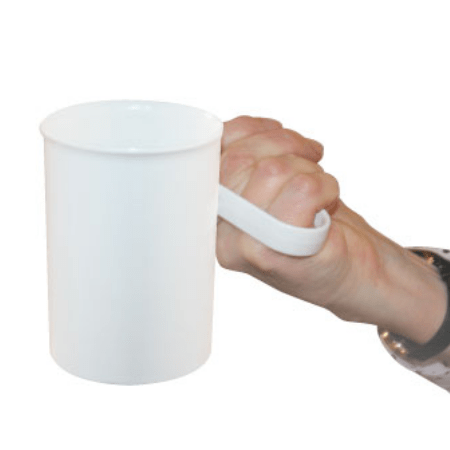 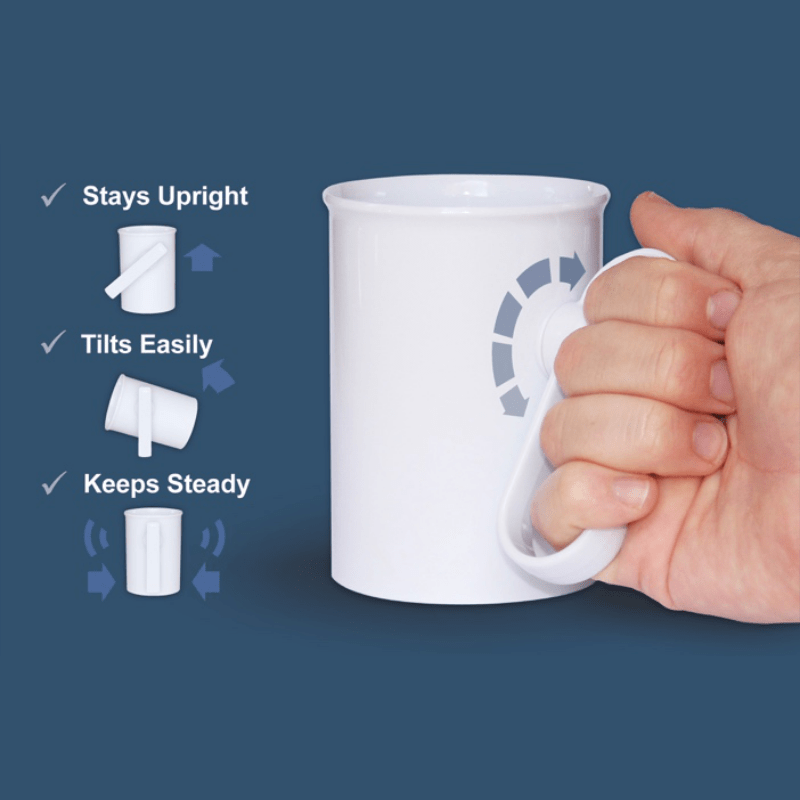 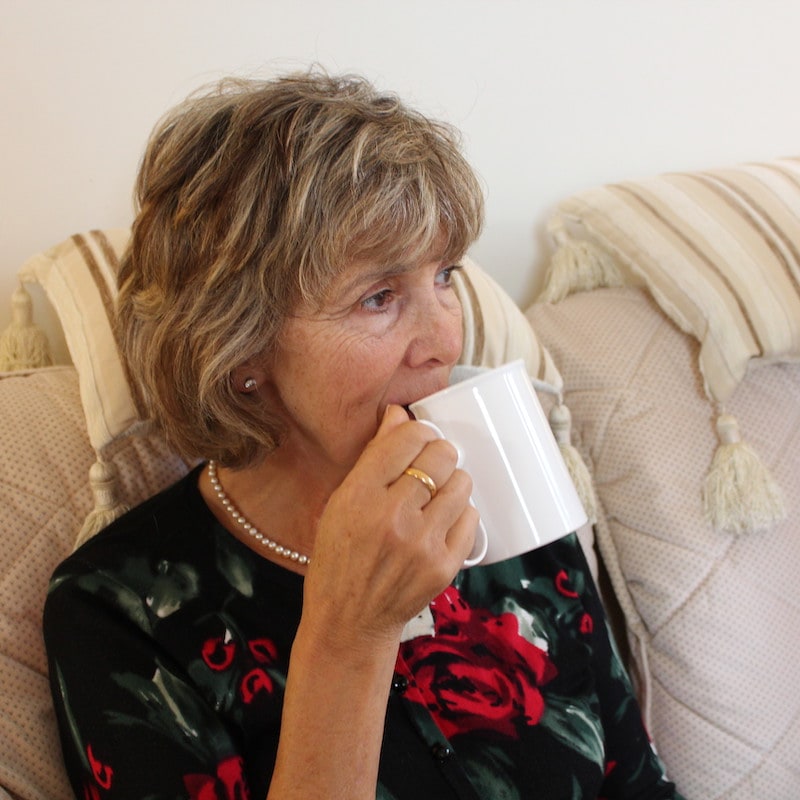 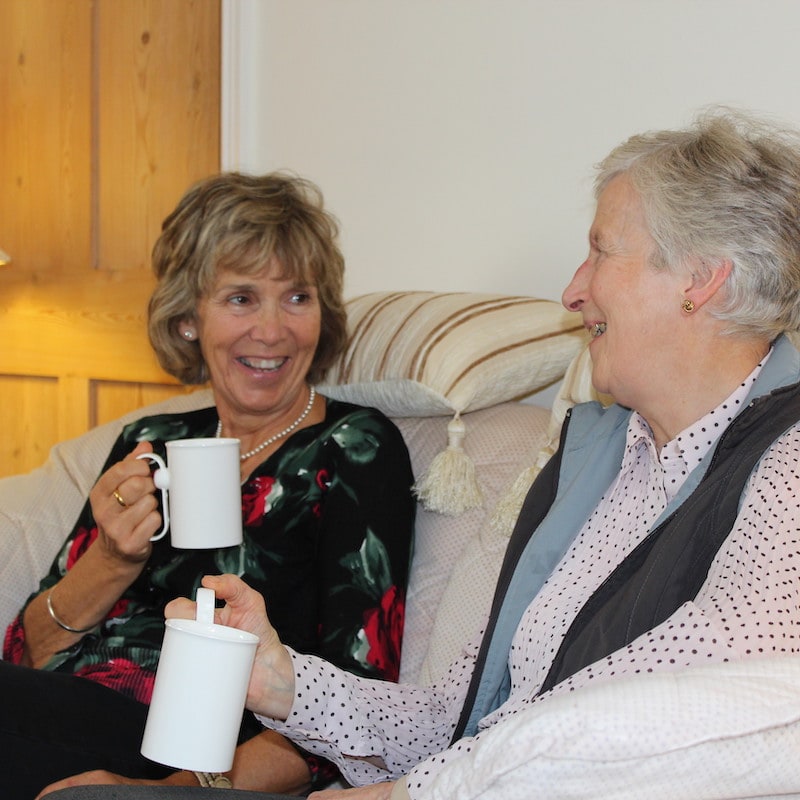 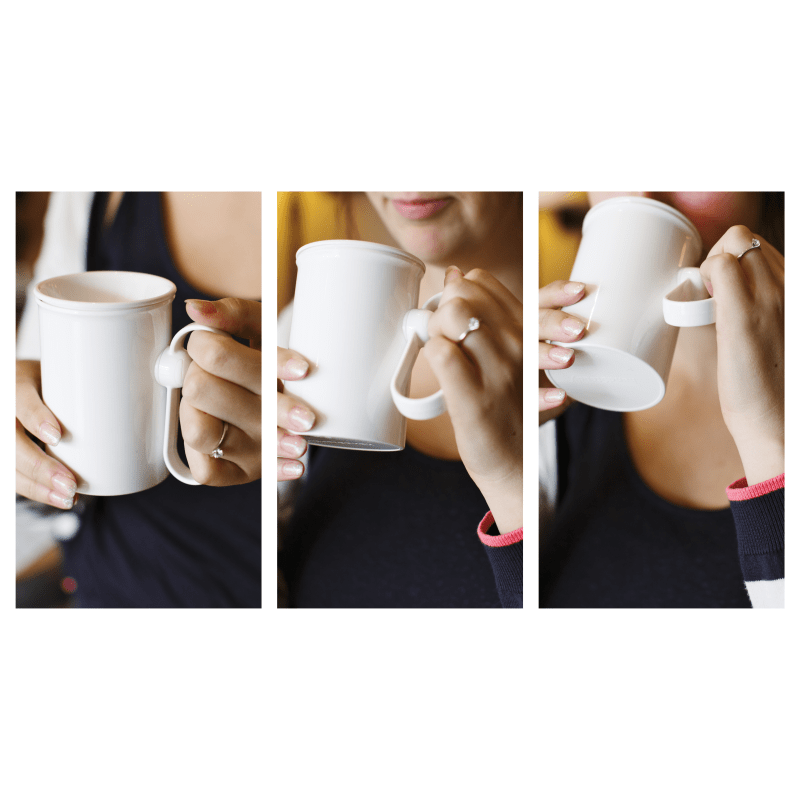 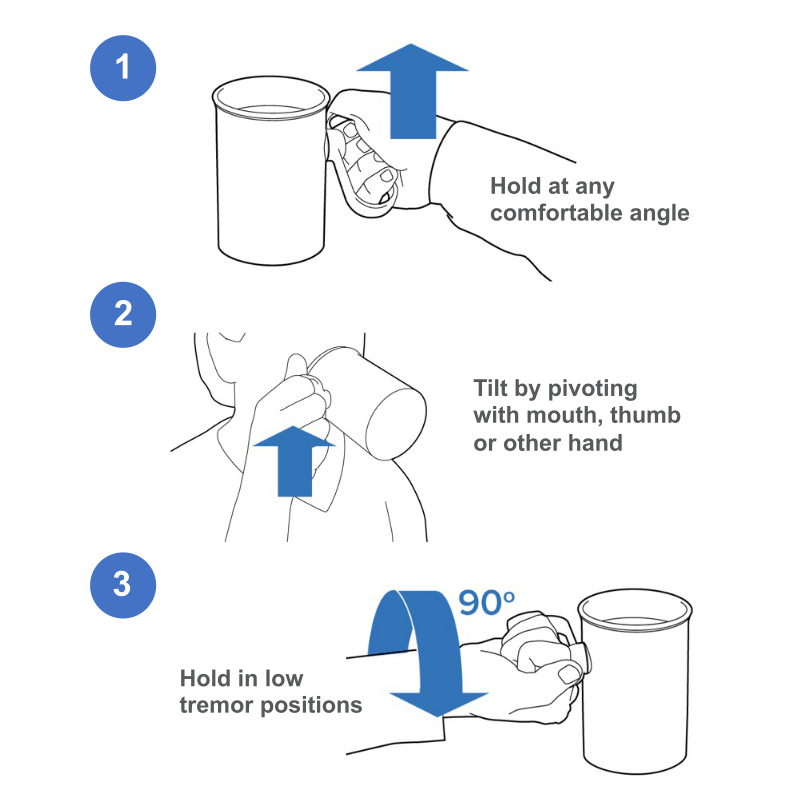 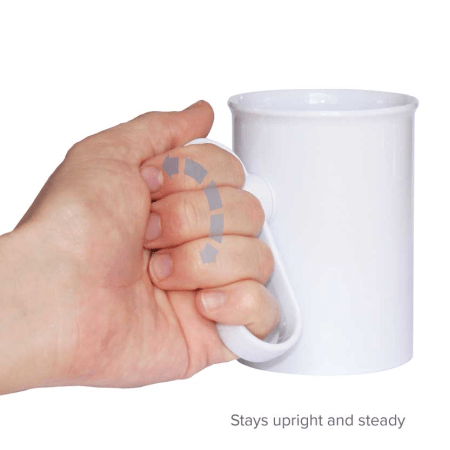 HandSteady Cup with a Rotatable Handle

The award winning handSteady cup is the worlds first and only cup with rotatable-handle technology.

The HandSteady cup helps you drink easily despite tremor, pain, arthritis, weakness, limited dexterity or dysphagia. Get back to feeling confident, dignified, relaxed and in control again.

Drink easier, without having to bend your wrist, lean your head back or raising your arm as far.

Unlike other cups, the handle on handSteady can smoothly rotate 360 degrees which lets the cup self-level and self-stabilise. So, you can hold it in comfortable and stable positions and tilt it with more control by pivoting it with your mouth, hand or thumb. The handle also allows you to drink without bending your wrist, lifting your elbow or leaning your head back as far.

The hidden lid sits on the rim of the handSteady cup and is discreet to preserve your dignity. It reduces spills, keeps drinks hotter for longer, reduces speed of liquid flow and has a straw and drink hole. It is easy to insert and remove.

Approximately 30% lighter than normal china cups (103g) so they're easier to lift if you have weakness and joint pain - saving you energy.

handSteady is microwave safe, dishwasher safe and break proof. This makes it easy heat up drinks and keep the cup clean. It's also durable if dropped. It’s also sterlisable in autoclave machines.

The handle is large enough for up to 4 fingers.

handSteady is made from plastic, but it's designed to look like a fine bone china coffee mug, making it suitable for many environments, such as restaurants and cafes. The inside of the cup is slightly inclined, which helps with not needing to lift your head back as far. Its thin, curved rim feels elegant when drinking and reduces the chances of ugly drip stains outside of the cup. 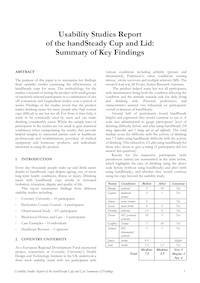 “... keep liquids in the mug despite my tremor” Jackie has had tremor for 39 years. In the past her cups would shake with her tremor, which resulted in spillages, especially when walking from the kitchen to the living room. Now, with handSteady, she holds the handle at an angle where her tremor is less and spills are a thing of the past. “... it’s a lot easier to tilt into the mouth” John has muscle weakness due to Multiple Sclerosis. In the past John would need to put a lot of effort into holding his cups upright and manipulating with both hands as he brings it to his mouth. Now, with handSteady, John can drink more easily without and more easily control the liquid flow when drinking. “... keep liquids in the mug despite my tremor” Kate has dyskinesia due to Parkinson’s. In the past Kate would have frequent spillages resulting in time being spent cleaning. handSteady cups enabled Kate to drink without spilling, as she allowed the cup to move with the swinging motion of dyskinesia and centrifugal force kept the drink in the cup. "... not spilt a drop of coffee since he's had it" Jan Wright said, "I bought this mug for my father as his hand tremors were getting worse and he was getting embarrassed about always spilling his coffee when we went out." “We have now taken it to about five difference cafes and everyone has been happy to give him his drink in it. “It looks like a normal cup and Dad hasn’t spilled a drop of coffee since he’s had it.” "... decrease pain... more confident" Anne Cammozzi said, "The handSteady cup makes such a huge improvement in the quality and ease of my life, I can't stop talking about it." “Not only does it decrease pain, spasm, and spillage significantly, it makes me feel more comfortable and confident in social occasions. I love the grip.” “I had not expected the pain reduction in the ability to drink without tilting my neck back.” "... tremor in his hand... no more spillages" Louise said, "handSteady was purchased for my grandfather who has tremor in his hand which is is very conscious of." “Whilst he was not thrilled with the thought of using a different cup from everyone else, he is now thrilled with the ease of drinking this cup has provided him." "He loves it and is grateful there are no more spillages.” 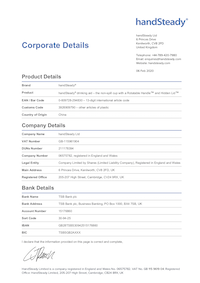 handSteady cups are unique. They are patented and are the only cups in the world with a Rotatable Handle.

Should I wait getting handSteady cups until my condition gets worse?

If you think handSteady cups could help you, we think it could be beneficial to get them now to try at home. This will help you confirm if they are helpful for you. You’ll get used to using them for when you need them later, which will help you have a more confident future.

Do I need to get the view of my healthcare professionals on handSteady cups?

It’s a great idea for you to get the view of your healthcare professionals before ordering or using handSteady cups, or after you’ve started using them.

How do I know if handSteady cups will work for me?

Everyone’s situation is different, so it’s important for you to do the research on if handSteady cups may work for you. We recommend you watch the video. However, the very best way to know for certain if they will work for you is to order them to try at home.

How do you tilt handSteady cups to drink?

You hold the cup by the handle and hold it close to you mouth. You can pivot the cup to tilt with your mouth, thumb or other hand. You can also fix the handle in place by placing your thumb on the cup, then tilt it like a normal cup.

Will others think I’m more disabled by using handSteady cups?

The handSteady cup and Hidden Lid is designed to look normal, so that others won’t necessarily notice it’s a different cup. This helps maintain dignity. 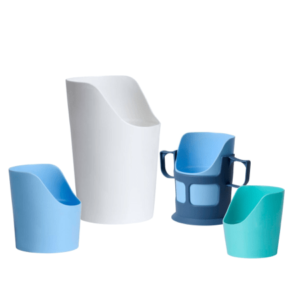 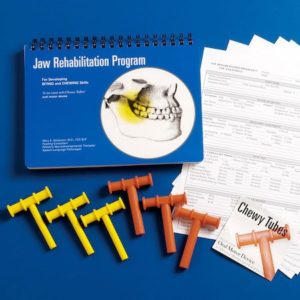 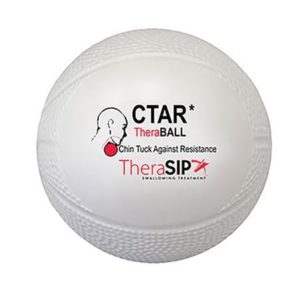 To enquire about this product, please fill in our enquiry form or use our contact details below. One of our team will get back to you as soon as we can.

To contact us with an enquiry please fill in our enquiry form or use our contact details below. One of our team will get back to you as soon as we can.